There is an increasing amount of research revealing that human beings are inherently kind and compassionate. And there are many examples of cultures and communities that live in alignment with these values. Arunesh our volunteer blogger is exploring this theme to uncover inspiring stories of ‘kindness in culture’, from around the world.

So let me begin with a little story. An anthropologist was on a tour to Africa studying the habits and culture of a remote tribe. On the day when he was about to leave, he decided to put together a basket filled with delicious eatables. Placing the same under a tree, he gathered the children from a nearby village. Instructing them further, the kids were told to run towards the tree to fetch the basket. The one reaching first would have a chance to savor those delicacies.

To the man’s surprise, the little kids ran together, hand-in-hand. Eventually, everyone was crowned the winner since all of them finished at the same time. Therefore, each little soul beneath the tree could enjoy the fruits in unison. Mind-boggled by this instance which unfolded before his own eyes, he questioned a young girl about the same. With a smile she replied, “How can one of us be happy when the others are sad?” 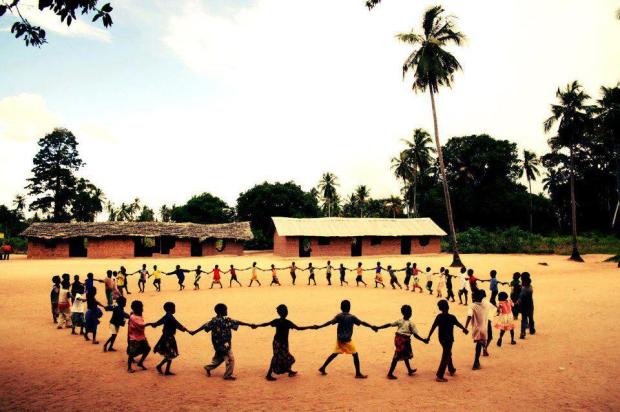 This ideology forms the core or say, an underlying feature of ‘Ubuntu’ which basically means ‘I am because we are.’ Isn’t it amazing? A renowned South African activist, Mr. Desmond Tutu, has explained the philosophy very well. He says, “Africans have a thing called ubuntu. We believe that a person is a person through other persons. That my humanity is caught up, bound up, inextricably, with yours. When I dehumanize you, I dehumanize myself. The solitary human being is a contradiction in terms. Therefore you seek to work for the common good because your humanity comes into its own in community, in belonging.”

Not much remains to be said after this crisp definition of what Ubuntu is all about. Sighting a simple example, why am I writing this? It’s because you (are) and many other people would be reading it. The fundamental act of writing has the power to bridge the gap between an author and a reader. They are intricately linked through a piece of text, however the content maybe. Indeed, this is a broad consideration and varies from true essence of Ubuntu. But the concept of kindling that sense of oneness is a mutual feature between the two. We at The Goodwill Tribe believe the same when it comes to embracing human connections. Kindness and compassion is all you need to make a difference in the lives of people. For the South Africans, it’s a way of life!